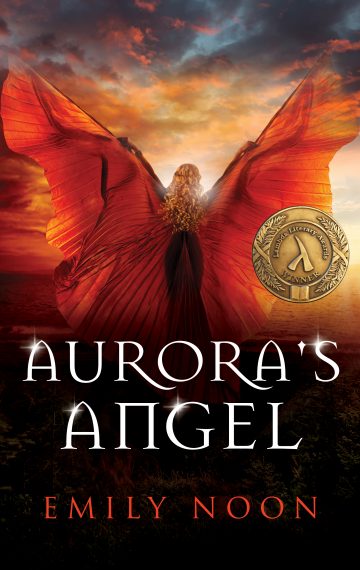 A broken-winged angel trying to get home. Her escort a nocturnal huntress with a bloody past. It will be a dangerous journey – monsters are everywhere and the truly dangerous ones hide in plain sight.

Alone since her father’s murder, Aurora has spent years hunting his killers. Battle-weary she’s ready to start over where no one knows who or what she is, she just has one last mission to complete. Everything is going to plan until she discovers the beautiful winged girl caged underground. Her decision to rescue Evie and to help her get home safely, despite avians being infamous for selling out shapeshifters like Aurora to cutters and black-market flesh dealers, will put her on a perilous path.

As the women travel together their attraction grows but Aurora is guarding her lonely heart almost as much as her dangerous secrets and Evie is struggling to accept how important Aurora has become to her.

When their enemies conspire to kill them, they may be each other’s only hope. Aurora is powerful but she’s also emotionally scarred and it will be up to Evie to save her from herself and to fight for them, or innocent people will die along with the guilty ones and Aurora will disappear from Evie’s life forever.

Emily Noon always liked reading fantasies with a dark twist and if there was a romance between strong main characters to sweeten the deal, even better. After years of working in libraries while in secret creating magical worlds and lightly torturing her characters before giving them a happy ending, she decided to let them loose on the unsuspecting world. Aurora’s Angel is her debut novel but won’t be her last. It can’t be because now she’s let this lot out the other people running around in her head are demanding to have their stories told as well.

It has been a month and a half since my debut novel, ‘Aurora’s Angel’ was published. It has been an incredible roller coaster ride. So many firsts. … END_OF_DOCUMENT_TOKEN_TO_BE_REPLACED